NaNoWriMo Winners Who Have Made It 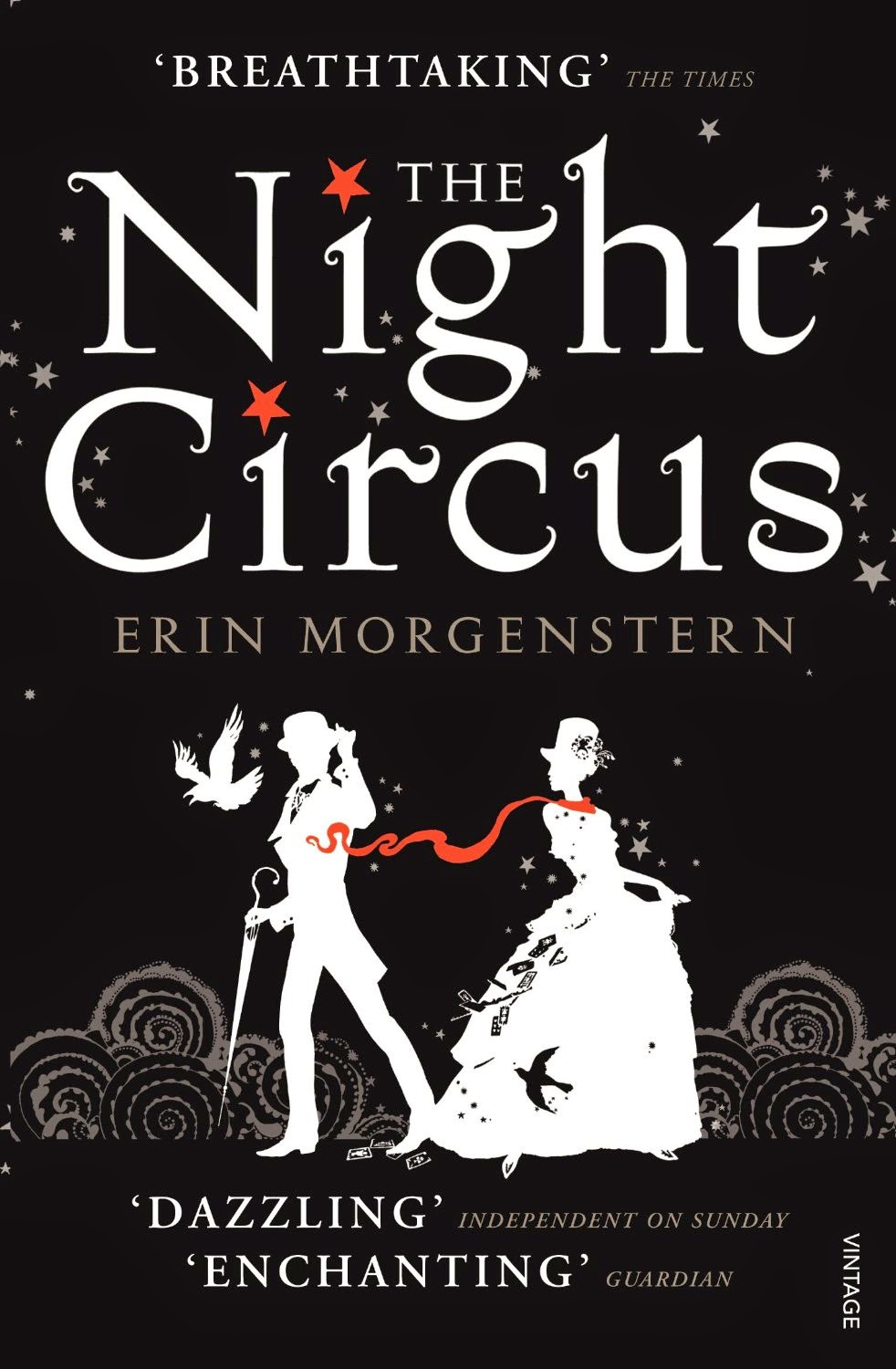 The Night Circus by Erin Morgenstern

The circus arrives without warning. No announcements precede it. It is simply there, when yesterday it was not. Within the black-and-white striped canvas tents is an utterly unique experience full of breathtaking amazements. It is called "Le Cirque des Reves," and it is only open at night.But behind the scenes, a fierce competition is underway--a duel between two young magicians, Celia and Marco, who have been trained since childhood expressly for this purpose by their mercurial instructors. Unbeknownst to them, this is a game in which only one can be left standing, and the circus is but the stage for a remarkable battle of imagination and will. Despite themselves, however, Celia and Marco tumble headfirst into love - a deep, magical love that makes the lights flicker and the room grow warm whenever they so much as brush hands.True love or not, the game must play out, and the fates of everyone involved, from the cast of extraordinary circus per-formers to the patrons, hang in the balance, suspended as precariously as the daring acrobats overhead. (Summary from GoodReads) 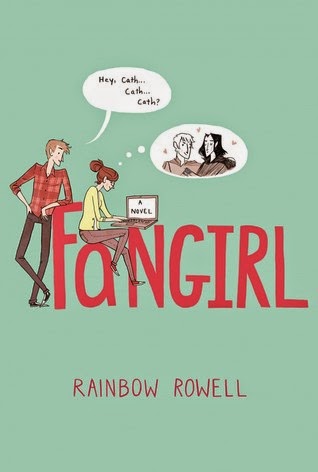 Fangirl by Rainbow Rowell (Author ofEleanor & Park, currently being adapted into a movie)

Cath is a Simon Snow fan.
Okay, the whole world is a Simon Snow fan...
But for Cath, being a fan is her life—and she’s really good at it. She and her twin sister, Wren, ensconced themselves in the Simon Snow series when they were just kids; it’s what got them through their mother leaving.
Reading. Rereading. Hanging out in Simon Snow forums, writing Simon Snow fan fiction, dressing up like the characters for every movie premiere.
Cath’s sister has mostly grown away from fandom, but Cath can’t let go. She doesn’t want to.
Now that they’re going to college, Wren has told Cath she doesn’t want to be roommates. Cath is on her own, completely outside of her comfort zone. She’s got a surly roommate with a charming, always-around boyfriend, a fiction-writing professor who thinks fan fiction is the end of the civilized world, a handsome classmate who only wants to talk about words... And she can’t stop worrying about her dad, who’s loving and fragile and has never really been alone.
For Cath, the question is: Can she do this?
Can she make it without Wren holding her hand? Is she ready to start living her own life? Writing her own stories?
And does she even want to move on if it means leaving Simon Snow behind? (GoodReads) 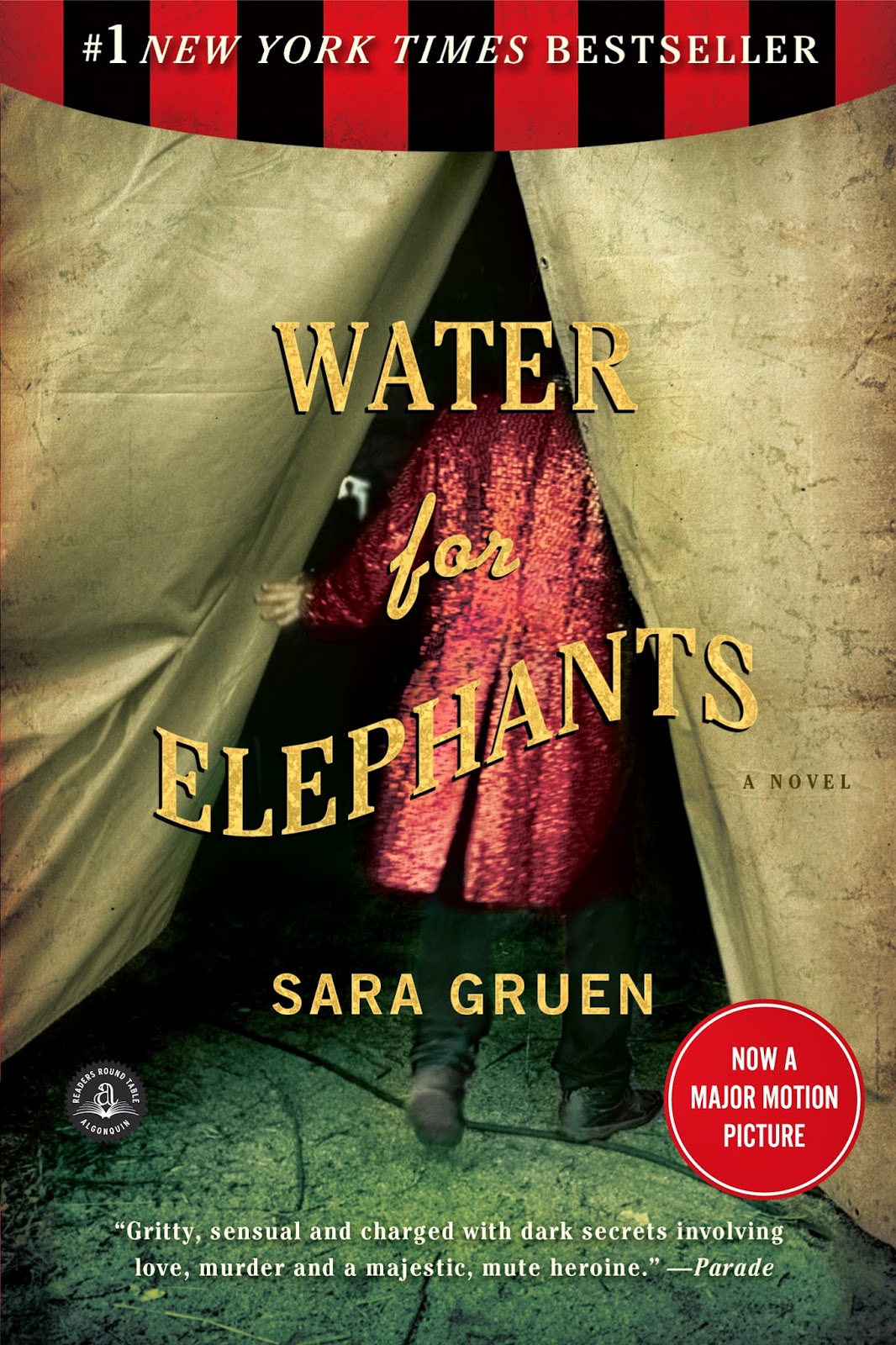 Orphaned, penniless, Jacob Jankowski jumps a freight train in the dark, and in that instant, transforms his future.
By morning, he's landed a job with the Flying Squadron of the Benzini Brothers Most Spectacular Show on Earth. By nightfall, he's in love.

In an America made colourless by prohibition and the Depression, the circus is a refuge of sequins and sensuality. But behind the glamour lies a darker world, where both animals and men are dispensable. Where falling in love is the most dangerous act of all...(GoodReads) 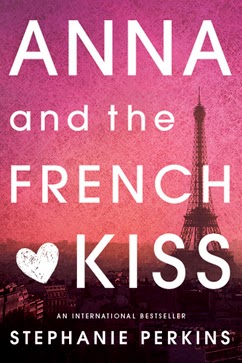 Anna and the French Kiss by Stephanie Perkins

Anna is looking forward to her senior year in Atlanta, where she has a great job, a loyal best friend, and a crush on the verge of becoming more. Which is why she is less than thrilled about being shipped off to boarding school in Paris--until she meets Étienne St. Clair. Smart, charming, beautiful, Étienne has it all...including a serious girlfriend.

But in the City of Light, wishes have a way of coming true. Will a year of romantic near-misses end with their long-awaited French kiss? (GoodReads) 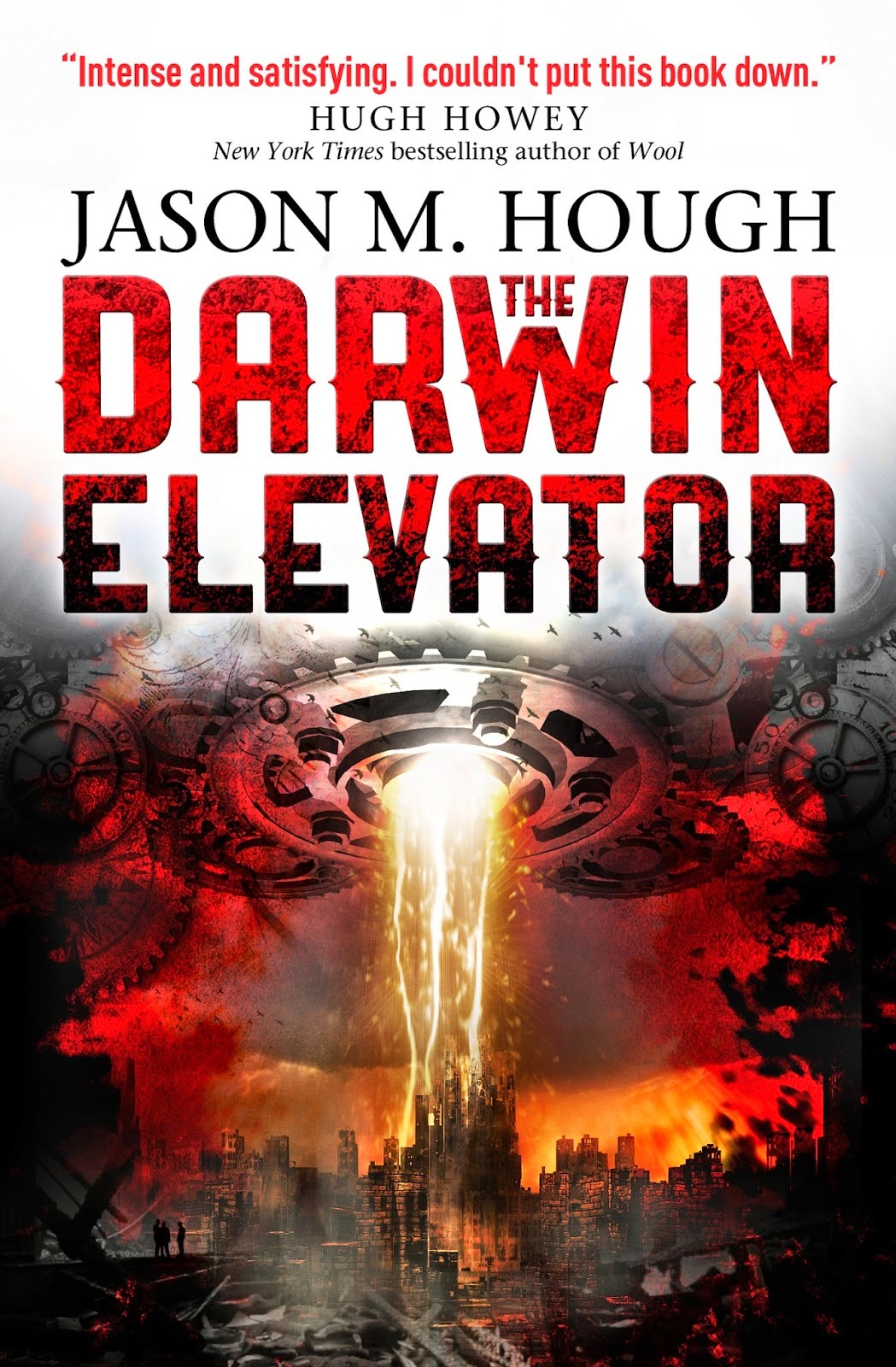 In the mid-23rd century, Darwin, Australia, stands as the last human city on Earth. The world has succumbed to an alien plague, with most of the population transformed into mindless, savage creatures. The planet’s refugees flock to Darwin, where a space elevator—created by the architects of this apocalypse, the Builders—emits a plague-suppressing aura.Skyler Luiken has a rare immunity to the plague. Backed by an international crew of fellow “immunes,” he leads missions into the dangerous wasteland beyond the aura’s edge to find the resources Darwin needs to stave off collapse. But when the Elevator starts to malfunction, Skyler is tapped—along with the brilliant scientist, Dr. Tania Sharma—to solve the mystery of the failing alien technology and save the ragged remnants of humanity. (GoodReads) 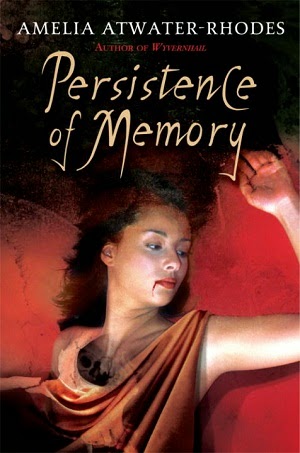 Persistence of Memory by Amelia Atwater-Rhodes (Author of the Den of Shadows Series, The Kiesha'ra Series, and many more)

Sixteen-year-old Erin Misrahe just wants to be like everyone else in her new school. But Erin has more to worry about than passing AP Chemistry or making friends. In times of stress, she has always been overcome by her alter ego, Shevaun, whose violent behavior wreaks havoc on those around her. Erin can never remember anything about these episodes, and she’s grateful to have been spared them for a while.But when a protective friend comes back into Erin’s life, he insists that Shevaun is a vampire who actually exists apart from Erin. Shevaun has dangerous allies, like the handsome witch Adjila—and they’re determined to sever Shevaun’s connection to Erin once and for all. (GoodReads)

My next post will have more motivation for writing, not just for National Novel Writing Month, but for yourself.

Posted by Vanessa Scott at 8:55 AM No comments: 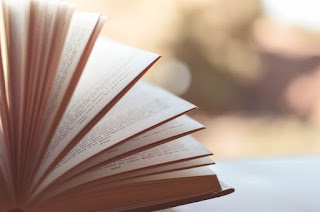 Why "novel"? A novel is typically more than 50,000 words. Also, even when November is over, there is a good chance you will continue to finish your writing after the 30 days are up. Use the 30 days to get a start on your novel.

1. WRITE! To be a writer one must write. With NaNoWriMo you have to write everyday to reach your goal. Write, write, write. Write until your finger bleed and your head bursts! Just fucking write!

2. During the event, DO NOT EDIT! This is the one time when run on sentences, misspelled words, and forgot punctuation is accepted.

3. Some say December is for editing, I say hold of until January. Sometimes, in order to better edit yourself, you need to take so time away from your story. I mean, you did just spend 30 straight days with it.

4. DO NOT send your draft to an agent immediately. Agents and editors tend to hate NaNoWriMo because they receive so many half-assed novels in the months following. Please, edit your piece thoroughly, look over it ten million times, and only send it in when you are ready to fight for it.

5. Break the rules. NaNoWriMo's website has a list of rules. Its supposed to be fiction and nothing you have worked on before. I say do what you want. If you want to write ten short stories, do it. If you have been working on the story already, finish it. As with every rule of writing, break them all!!

6. November sucks. It is only 30 days and it begins the winter holidays. It is the hardest month in which to get shit done. But, if you can survive it, writing may just be what you were meant to do.

7. If you do reach your goal, please celebrate loudly and happily! Just remember, you will still have work to do and that it isn't really over until you finish that novel.

8. If you don't reach your goal, please celebrate loudly and happily. Why? Because you wrote something. You don't have to stop just because November is over. You didn't 50,000 words, so what? November is a hard month. You did something amazing.

I hope these tips help a little. There will be more, I promise.

My next post will showcase some authors who participated it NaNoWriMo and published their novel!

Posted by Vanessa Scott at 3:03 PM No comments: 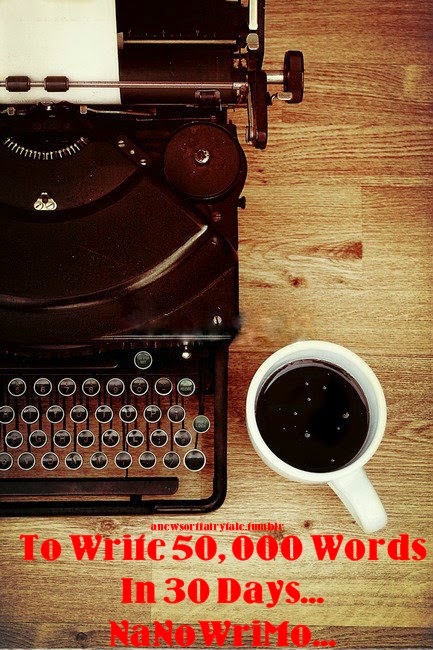 If you love to write I 100% believe it's a good idea to participate in National Novel Writing Month, a.k.a. NaNoWriMo.

Who: You
What: NaNoWriMo (50,000 words in 30 Days)
When: November 1st-30th
Where: Where ever you do your best writing
How: An idea, determination, and lots of coffee!

My next few posts will include motivation and tips. I hope you enjoy!!

Posted by Vanessa Scott at 2:14 PM No comments: 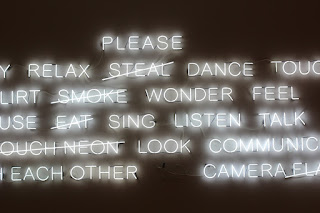 Here is a list of words that need to be incorporated more into daily life and literature!

Now, go futz with these words and gallivant with them!!
Posted by Vanessa Scott at 9:49 AM No comments: