Sometimes all you need is a little inspiration. These are writing prompts I have collected over the years from classes and friends. Most of the time the prompts are a couple sentences that help to get the creative vibes flowing your way. Some are just suggestions on how to start your story or an idea for a story. I hope these help! 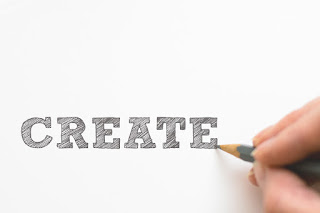 1. A walk through the woods helps me relax and release some tension, the fact that I am dragging a body behind me should be irrelevant.

2. Write a story that starts with a word you pick out of the dictionary at random.

4. They sent me because I do not exist.

5. Write about a world where you can purchase bottled emotions.

7. At birth, everyone has the date they will die tattooed on their arms. You were supposed to die yesterday...

8. Write a scene that happens immediately after a tragedy, but never mention the tragedy.

9. I woke up to the sound of someone knocking on glass. I got up and looked out my window, there was no one outside. I heard the knocking again and turned around slowly. The knocking was coming from inside my mirror.

10. In all the time I have lived alone in this house, I swear I have closed more doors than I have opened.

11. "Hey, there is a picture of you sleeping on your phone," he said, handing me my phone. I looked at the picture, my heart dropping into my stomach. "I live alone," I whispered.

13. This was the night I finally understood why people fear silence.

14. Thirty years ago, you convinced a killer not to murder you because you would "change the world". Now the killer has come back to check your progress.

15. They had been recruited when they were young and desperate.

16. Everyone is forced to wear a warning label, what does your label say?

17. Write an overly descriptive piece about your current surrounding.

18. Sooner or later, everyone leaves.

19. Listen to a song and write a short story about it.

20. "The stars are that way captain," he said, pointing at the empty sky.

I hope these help to give you all some inspiration and get your creative juices flowing!

In my next post I will have some pretty awesome visual prompts!
Posted by Vanessa Scott at 5:10 PM No comments:

Tips from my Queen, J.K. Rowling! 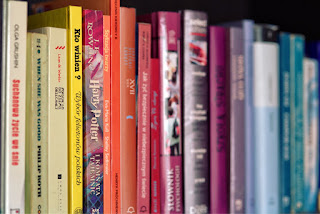 1. Write About What You Love!
“What you write becomes who you are… So make sure you love what you write!” I love this quote from Rowling. It is very true and maybe that is why academic writing kills me slowly unless I happen to care about the subject! Rowling definitely follows this, whenever I read any book she has written, whether it's Harry Potter or one of her stories written under her pen name, I feel her love for the story and its characters.

2. Write Whenever and Wherever and However!
J.K. Rowling had to work and had to take care of her young child while she was writing Harry Potter. She was even pregnant during the crafting of The Order of the Phoenix. She sadly couldn't just write whenever she wanted to. “Sometimes you have to get your writing done in spare moments here and there," she said, and she is one hundred percent right!! I personally keep a notebook with me at all times, you never know when inspiration and timing will work together.

3. You Must Plot and Pace.
My Queen plotted a series of seven books with little to no plot holes. That takes some series thinking and crafting ability. I mean, it would have been impossible to write had she not done the necessary planning. Also, planning ahead will lessen the chance of spoiling the story for your readers.

4. You Must Have a Plan!
J.K. Rowling got the inspiration for Harry Potter on a train, but she didn't just start writing paragraph one, she outlined and created Harry's world. She wrote new words and gave them meaning. She scribbled down every minute detail that would be essential to the story and every detail that wasn't. She also outlined all of the events that would take place throughout the series. She didn't officially begin writing the series for almost five years while she was working on the details.

5. Criticism and Rewrites.
Queen Rowling rewrote the opening chapter of The Sorcerers Stone fifteen times before being happy with it. You should never expect your first draft to be perfect, it won't be and that is fine. Also, don't fear rejections. Harry Potter only became what it is because Rowling wouldn't stand for rejection. "It is impossible to live without failing at something, unless you live so cautiously that you might as well not lived at all--in which case, you fail by default."

Posted by Vanessa Scott at 3:03 PM No comments: