The Best Mix Tape I Have 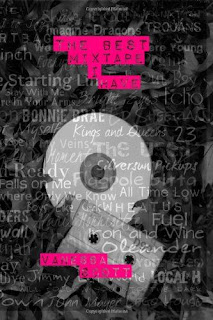 The one thing that inspires me more than anything else is music. In fact, my first NaNoWriMo story has its very own soundtrack.

Sometimes I would be inspired by a song I heard on the radio, other times I would put my iTunes on shuffle and would write down the first 20 or so songs that played.

I am always on the hunt for new-to-me-music. I love looking at Spotify playlists and asking Siri what song is playing while I'm out shopping.

One thing I like to do is to make a soundtrack by putting my MP3 on shuffle and these answering questions/statements in the order they play with them. Here is an example:

Opening Credits:Kings and Queens by 30 Seconds to Mars
Waking Up:
The Taste of Ink by The Used
Falling In Love:
Settle Down by The 1975
Breaking Up:
Trojans (Acoustic) by Atlas Genius
Prom:
Kiss Me by Ed Sheeran
Mental Breakdown:
Bonnie Brae by The Twilight Singers
Flashbacks:
Stories by Trapt
Getting Back Together:
Anna Begins by The Counting Crows
Wedding Scene:
The Adventure by Angels and Airwaves
Final Battle:
What It Is to Burn by Finch
Death Scene:
The Ghost of You by My Chemical Romance
Funeral Song:
Hear You Me by Jimmy Eat World
End Credits:
The Adventure by Angels and Airwaves
Finale:
Into the Ocean by Blue October
There are also so many other lists similar to this on Pinterest and Tumblr. Some are geared more towards dystopia or science fiction or romance. With the list I just did, when looking at the songs, I feel like I have some wiggle room with genre. It could be a YA romance. It could be a coming of age story. It could be a sci-fi YA romance set in a dystopia. That is the amazing thing about music, it can inspire you in a million different ways!!
I hope this gives you some ideas on finding inspiration in the music around you, whether you are just starting out or just need a push, I really believe music is the biggest help and inspiration ever!!

Posted by Vanessa Scott at 5:12 PM